Why I’m Optimistic about the Future

One of the great privileges of teaching and working on a university campus is the chance to be in regular touch with young people. Even better, I sometimes get asked to give talks elsewhere and to meet with young people of all kinds and descriptions—sometimes one on one, sometimes in small groups, sometimes with as many as 50 or 60 people.

Over the past few years, this has given me a chance to observe the upcoming generation of citizens and leaders, and what I’ve seen heartens me. Not least because the young people I’ve met are, for the most part, deeply concerned about the future of the country. They can be sharply critical, but it’s clear that most of them take a fundamental pride in what this nation stands for and how far it’s traveled over the centuries.

This shows up in a fundamental respect for the country’s diversity, and an overall respect for many of the institutions of representative democracy: the military, the courts, law enforcement, the health care system—though Congress often comes in for some sharp words. To be sure, they can also be critical of these institutions’ flaws, but I haven’t encountered anyone who wants to tear them up and start over again. Instead, they want to fix what’s in front of them. They’re curious about how the nation’s institutions work, even skeptical, but they don’t reject them outright as irredeemably flawed. 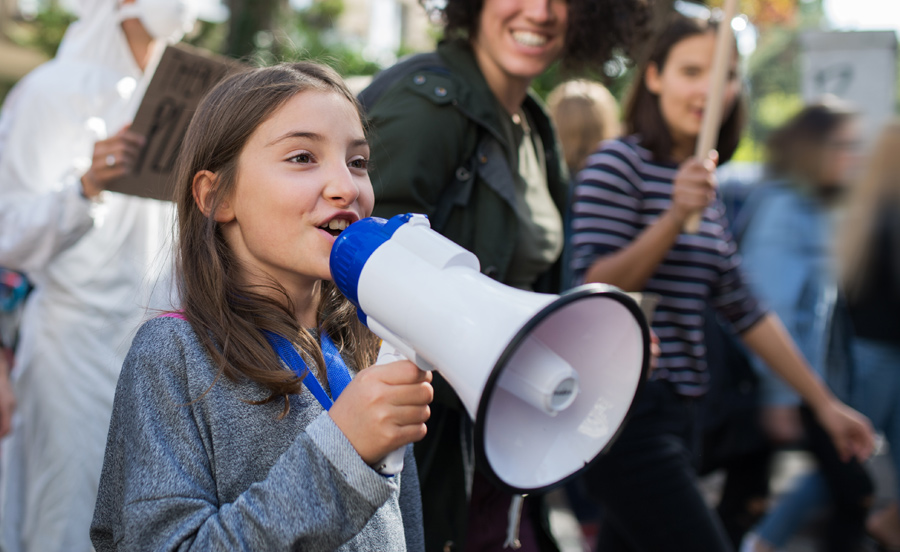 There are several key issues that dominate our conversations: climate change, COVID-19, student loans and college debt. If you ask what problems they’re most concerned about, racial issues also loom large: they see racial inequity and repairing historic wrongs as a huge and important challenge to our representative democracy. Interestingly, more than the older people I encounter, they will often speak up in favor of US engagement with the world and want the US to exert a helpful leadership role.

When it comes to domestic politics, I’ve been struck by the extent to which the students I meet seem interested in making voting easier. Not infrequently, they’ll bring up the idea of making Election Day a national holiday. And they seem to like the idea of automatic voter registration for citizens, to encourage participation.

As for their own participation, I often ask if anyone wants to run for public office. I’m always pleasantly surprised at the number of hands that go up. More than a few want to pursue jobs in government at all levels, arguing that they can make a greater contribution there than they might otherwise—they recognize that working for government is not a path to great wealth, yet they’re still committed to that idea. Perhaps most heartening, even those who have no desire to serve in government confess an interest in serving their communities and improving their corner of the world. I always come away stirred by the number of these young people who speak with knowledge and commitment about their desire to be of service.

To be sure, it’s bracing to sit in on their discussions about where the country’s headed. They’re often robust, with plenty of differences of opinion. But underlying these conversations is a general optimism about the future—and, quite notably in this political climate, a wide tolerance for the viewpoints of others and a willingness to listen to one another. I wish it were more common among adults.

The one other thing I’ll note is that fairly regularly, I come across students—of all races, ethnicity, and description—who are clearly talented, engaged, and impressive. They are, I believe, marked for leadership. And if I’m right, we’re going to be in good hands.