What a President-Elect Must Deal With

Joe Biden won’t become President of the United States for a few weeks yet, but it’s fair to say he’s already feeling the pressures of the office. I think being president-elect may be the second hardest job in the world.

For one thing, as president-elect he’s encircled by people who want something from him: appointments, jobs, internal disputes settled. Right now, political players of all sorts—people who supported him, people who opposed him, interest groups of all kinds and descriptions—are angling to get his ear. 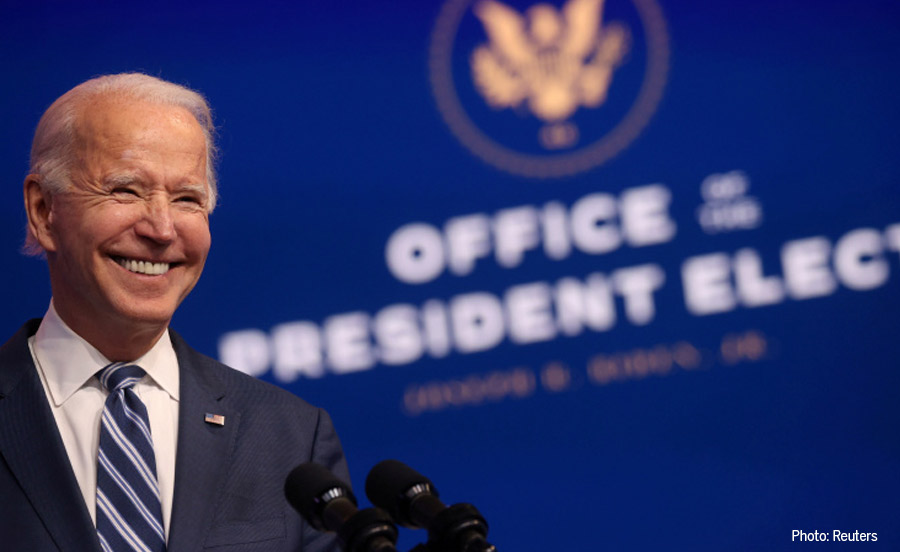 I remember standing behind a rope line once when President-Elect Bill Clinton passed by. A gentleman standing next to me yelled, “Mr. President! Be sure to sign HR 101!” or whatever the bill number was. Then he ducked out of line and left. I’ve often wondered what he charged his clients for that little shout-out.

We’ve already seen what else lies in store, as President-Elect Biden announces cabinet picks: he will be analyzed backward and forward and criticized as being too liberal, too conservative, too timid, too bold, too committed to elites or not committed enough to expertise. This welcome-by-fire happens to every incoming president.

The pandemic will be a top priority from the get-go, as will the Russian hacking of our government's computer systems.

There’s also the realization that they do not get to make easy decisions. Every decision a president or president-elect makes is tough, because the easy ones have been dealt with before he even sees them. How to fulfill promises, how to deal with Congress, what to do about a slew of issues that will soon land on his desk—all will require hard decision-making.

In some ways, this will come to a head quickly, at his first State of the Union address. In every administration, one of the biggest fights both internally and among interest groups is to get a sentence or two in the speech, since that’s where a president sets out policy for the world to see. People do all sorts of things to get their phrase or topic mentioned, and the sorting process is fraught.

It’s hard to know in advance exactly what the key policy issues will be, but it’s not hard to guess. The pandemic will be a top priority from the get-go, as will the Russian hacking of our government's computer systems. Climate change, economic growth, and racial issues will feature prominently. Infrastructure development is always of importance. And in foreign affairs alone, there are enough challenges to try the most resolute politician: Iran, Afghanistan, China, Russia, Great Britain and Europe, global trade… Setting priorities will come down to the president and his closest advisors: that is, after all, what presidents do. The federal bureaucracy is huge and filled with talented people and resources. Focusing it on the big things is a major part of the president’s job.

But beyond specific policies, President-Elect Biden has another set of challenges on his plate. He has said that he wants to “restore the soul of America” and to help our “better angels prevail.” The period since his election has only confirmed that we face serious concerns about the health of our democracy and its institutions, and about government agencies’ ability to perform effectively and without partisan or political interference. He has talked about bipartisanship throughout this year and will have to find a way to make it a reality in the face of determined opposition from Republicans and serious doubts among Democrats. Moreover, he has to restore the dignity of a presidency that has suffered withering attacks on its norms and prestige under his predecessor.

And while he won’t be able to avoid hot-button culture wars, he won’t be able to solve them, either. So he’ll have to do his best to address them without letting them dominate. An incoming president cannot afford to let matters that are extraneous to his core policies capture him—though he can try to lower the temperature on them.

In the end, perhaps his most important task will be to refocus the nation’s political will on the many challenges we face, and to project a sense of optimism that as a country we can address and solve them. Americans understand their complexity. What they want is a leader who can bring us together to work on them.