We All Have to Make This Work

These are uncertain, divided times for our nation. Unemployment is at mind-boggling levels, a virus we still don’t fully understand is stifling the course of ordinary life, many businesses are struggling, nationwide protests continue against systemic and deep-seated racism, and local policy makers face rising questions about policing and public safety. It’s no surprise that this is one of those rare moments of national reflection about our future course. 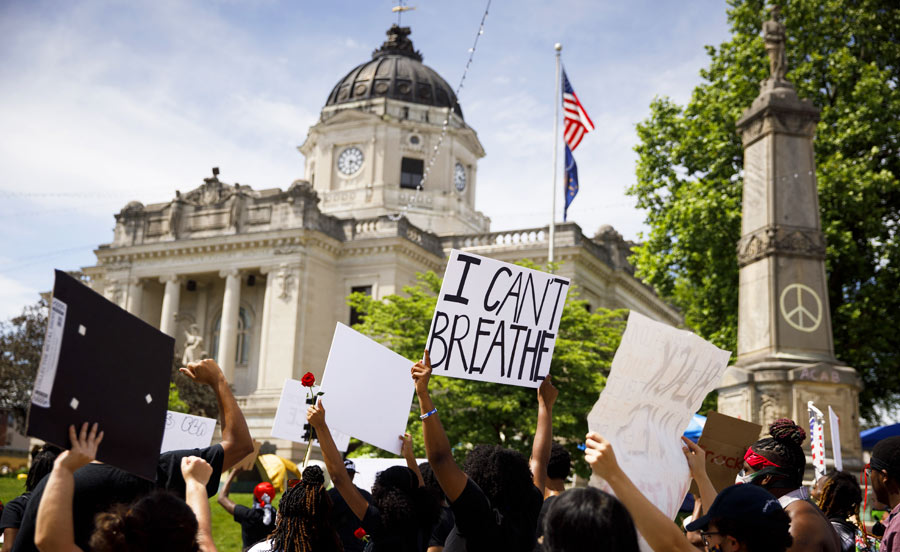 It’s also a moment of great attention to our political system, because that’s how we’re going to work these things out. For me, this raises a fundamental question: What are politics and government all about, and how do we use them to make progress on such fundamental issues?

At heart, I’d argue, our political and economic systems try to provide an environment that enhances each person’s quest for happiness and a good life. We lay the framework for this in part through government, and through the politics that determines who runs our government and what they do once in office.

We do this through a representative democracy, a system by which citizens elect men and women to represent them in a national or state legislature in order to make the laws of the country. It’s an elaborate, complex effort, especially in a country as diverse as ours. Disparate interests are rampant at every level, and in order for government to work you have to try to build a consensus among those groups—while seeking collective security, economic growth, and protection for individual rights and liberties. That’s because our democracy promotes the idea that individuals are equal before the law, and that the rights we’ve enshrined in the Bill of Rights need to be protected.

Representative democracy does not demand that its citizens participate, but it fails if enough of them don’t. It encourages civic engagement, community service, citizens living up to their obligations to their neighbors, and, of course, voting. It also makes room for all manner of communications, from letter-writing to participating in boycotts and protests. And it works best when people are well informed and educated on the political issues. In this era especially, that places a burden on us all to find high-quality information and use it effectively and prudently.

The thing to remember about the system is that it encourages competition for political power among a wide range of groups and interests, and nothing is ever settled. If you lose, you’re given a chance to win in future elections. If finally, you win, you’ve got the temporary power to achieve your legislative goals. But winning is never total. Congress and our legislatures represent the diversity of the population, and pretty much require cooperation and consensus-building to accomplish anything. This is both a weakness—it can be cumbersome—and a strength, since it allows for reasonable stability as all kinds of groups, including minorities of all sorts, strive to exert influence.

All of this creates a dynamic, energetic political sphere that challenges us. It’s remarkable, if you think about it: The system was crafted for a country of about 4 million. Here we are over 200 years later, with 330 million, with the same system helping to organize a country of enormous power, reach, and complexity.

It’s evolved over that time, thanks to constant tinkering, reform, and improvement, and those needs will never go away. That’s what our system does: It calls on citizens to make it work and to make it better. There’s no doubt that we face great stresses, and while we may make progress in enhancing individuals’ pursuit of happiness, it’s rarely straight ahead: we take steps forward and then retreat, we celebrate victories and suffer setbacks. But overall, when citizens speak up and become involved, we progress.