Why Voters Vote as They Do

Maybe it’s just a professional preoccupation, but I’ve always been intrigued by why voters cast their ballots as they do. I’ve never made a formal study of it but have talked with plenty of them over the years, and one thing sticks with me from those conversations: There’s no one thing. People find a myriad of interesting—and sometimes idiosyncratic—reasons for voting this way or that.

Some care mostly about a single issue—abortion, say, or climate change—and if a politician doesn’t meet muster on it, they don’t even give her or him a second glance. Or they care about a candidate’s ideology or party—conservative or liberal, Republican or Democrat—and don’t feel much need to look beyond the label. For some decades, split-ticket voting was fairly common: that is, voters chose a Republican presidential candidate and a House Democrat or, less commonly, a Democrat for the White House and a GOP House member. This has grown much less common—in both federal and state elections. As ideological camps have hardened, party affiliation is part and parcel of who many people are. 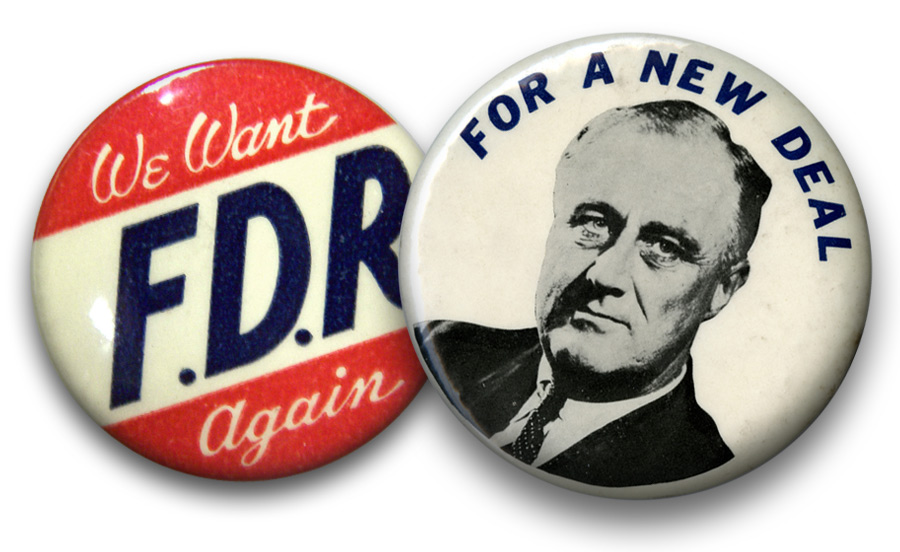 Sometimes, it’s not so much ideology as what a party’s leaders stand for. I remember asking one man in my district how he voted and why. He responded, “I always vote for FDR.” This was years after Roosevelt had died. “FDR’s not on the ticket any more,” I told him. He laughed and said he knew that, but he always voted for whoever he believed would vote in accord with Roosevelt’s principles. This was not as whimsical as it sounds: he was saying, essentially, that the New Deal values Roosevelt pursued in office were still relevant to him, and he wanted candidates who’d uphold them.

What has always struck me, though, is that voters also find plenty of more particular reasons to cast a ballot one way or another. Sometimes, they care a lot about a particular project—a road, a new school, or some other piece of infrastructure. Or they worry about the taxpayer dollars required for that project, and so vote against anyone who supports it.

‘I don’t agree with anything he stands for,” the man said, “but he helped get my son out of Vietnam.’

Sometimes, public policy actually has nothing to do with how they vote. Over the years, for instance, I’ve noticed repeatedly that likability matters a great deal, and may in fact override everything else. We tend, for instance, to like people who are positive, constructive, and forward-looking, and who make us feel hopeful. Or we like how they behave in public. I still remember an intriguing conversation with a group of Democratic women who told me they planned to vote for Ronald Reagan that election. Given their party affiliation, this surprised me. One of them explained, “Well, I like the way he treats his wife,” which drew nods from others in the room—they saw in Reagan’s graciousness toward Nancy a sign of character that drew them, and I’m confident they weren’t the only ones.

Of course, there are always the highly personal reasons. I ran into a fellow once who told me he always voted for a certain politician. “I don’t agree with anything he stands for,” the man said, “but he helped get my son out of Vietnam.” Another one told me I had his vote because he liked my short haircut. I refrained from saying I hoped there was more to it than that—but I certainly thought it.

In general, though, Americans seem to like candidates who display a basic sense of decency, know right from wrong, and show compassion for people who are struggling in their lives. We don’t always vote for them—sometimes, other issues rise to the fore in a given election. But I’m reminded of a conversation I had early one frosty morning, standing at a plant gate. An election was coming up, and I asked a man striding past me how he planned to vote. He was supporting the same ticket I was running on, he told me, adding, “I vote for the candidate I think will help the ordinary guy.” That’s a very American sentiment: We back candidates we think will bear our interests in mind and reflect our concerns. However we define them.