We’re Stronger as a Country When More People Vote

There is a fight going on over the heart of our democracy, and I worry that democracy is losing. Over the last few months, several states have moved decisively to make it harder for their citizens to vote, and more are on tap. It’s hard to tell yet whether this is just a blip or an actual reversal of the US’s long trend of expanding voting access. Either way, it’s cause for attention.

The earliest moves this year came in Iowa and Georgia, which made absentee voting harder and shifted some control over election processes from elections officials to partisan politicians themselves. Florida recently cut back on drop boxes and ratcheted up ID requirements for requesting an absentee ballot. Texas’s legislature is moving forward with a bill that would hand power to partisan poll watchers, bar elections officials from mailing out absentee ballot applications, and impose other limits. Ohio legislators want to limit drop boxes and reduce early in-person voting. Republican legislatures in Arkansas, Idaho, Indiana, Kansas, Kentucky, Montana, Utah, and Wyoming have enacted restrictions, as well. 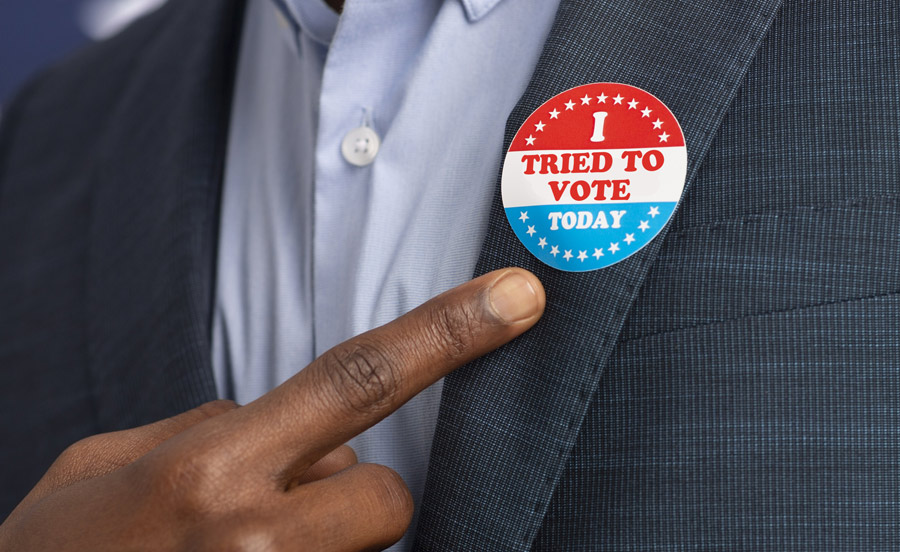 Over the long course of American history, we’ve tended to move the opposite direction: toward expanding people’s ability to vote. Indeed, significant parts of our history revolved around who should be able to vote, since politicians always want to tilt the field in their favor. Originally, of course, the franchise was limited to white men with property. Then, over time, white men without property, Black men, women, Native Americans, non-English speakers, and citizens between the ages of 18 and 21 won the right to cast ballots.

To be sure, there are still plenty of people who are barred from voting by state laws. Some states don’t let convicted felons vote; many states deny the vote to people with psychiatric disabilities —and sometimes, poll workers impose their own competency standards, regardless of what the law says. Most states impose a residency requirement—often, you have to have lived there at least 30 days—and though all states allow homeless people to vote, sometimes they have trouble meeting the registration requirements.

As a democracy, the United States is stronger when as many people as possible can vote and the electorate reflects the actual makeup of the population.

These days, the battles tend to revolve less explicitly around who should be able to vote and more around ease of voting. There is a strong argument to be made that this is just a different way of restricting the vote: Democrats made effective use of absentee ballots in the 2020 elections, for instance, so Republican legislatures have imposed limits on their use for next time —though there are states, like Florida, where absentees were a prime GOP electoral tool in earlier elections.

In general, voting rights advocates argue that making voting harder means that people who have historically turned out in smaller percentages will once again be at a disadvantage. Many people—over the course of a long career in politics, I’ve seen this first-hand—are intimidated by the voting process: showing up at a precinct, passing through a gauntlet of campaign signs and people with handouts, getting checked in, facing the prospect that they’ll be humiliated by being turned away. Without encouragement, they opt not to show up at all. There are politicians who know this and take advantage of it.

By now, my view on this ought to be obvious. As a democracy, the United States is stronger when as many people as possible can vote and the electorate reflects the actual makeup of the population. This has two beneficial effects: it ensures that our elected representatives reflect who we are; and it helps Americans not only feel a stake in the system but believe that their voices are represented in the corridors of power. The opposite is also true. When people feel that efforts are being made to deny their participation, they write off the process and begin looking for other ways to affect politics and policy, including taking to the streets or developing sympathy for more authoritarian approaches to governing.

It is too early to say how this year’s voting-restriction laws will turn out; many of them will likely end up in court. But even if the urge to limit voting is hardly new, it’s dismaying that, well over two centuries since our founding, it remains so pervasive.