If the months since the November elections have shown us anything, it’s that the US is more deeply divided than we’ve experienced in a very long time. This has been building at least since the 1990s, starting in Congress and ultimately coming to be reflected in a polarized electorate, but it’s reached the point where, rather than take pleasure in the success of a politician elected to the presidency, you have to keep your fingers crossed on his behalf. 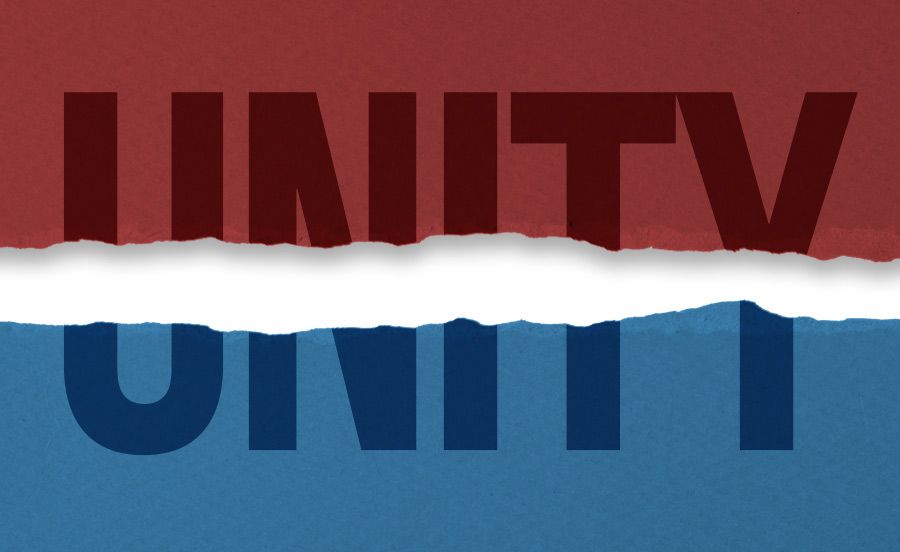 For starters, we now have a Congress—and electorate—divided along multiple fault lines. There are, of course, the partisan differences on the complex challenges that beset this country—climate change, economic growth, the pandemic, policing and racial justice, our policies toward China and Russia. Political groups with opinions on these and other issues are more sophisticated, more active, more insistent, and more aggressive in trying to shape the public dialogue than ever before. Each side tends to be suspicious of the other, viewing their adversaries not just as wrong, but as attacking the national security interests of the country.

Now in the mix, though, we also have the divisions stoked by President Trump, whose desperation to hold onto power has led him and his followers to traffic in conspiracy theories lacking any evidence and to reject the norms, principles, and institutions we’ve relied on for centuries to build this nation. There now seem to be two Republican Parties in Congress and in the country at large: one that is interested in enabling and appealing to people who reject constitutional democracy, and one that is willing to stand up for it.

This is exacerbated by our splintered media and social media universe, our rural/urban/suburban divide, our regional and racial differences, and even ideological differences that were once about policy but today are as much about lifestyle and community preferences as anything else. You get the impression that many Republicans and Democrats—Americans all—live in different worlds today, gravitating toward separate houses of worship, schools, neighborhoods, bars and restaurants, media outlets, movies and television shows. I’ve even run across people of both parties who don’t want their children to marry someone of the other party.

You get the impression that many Republicans and Democrats—Americans all—live in different worlds today...

These are not entirely new issues, but they’ve become sharply more painful. The stark, no-prisoners divisions in our country make the life of our elected leaders—the people we choose to move our country forward—overwhelmingly challenging. In short, the greater the polarization, the tougher it is to build consensus and solve our problems, even though if you talk to ordinary Americans, they tend to prefer cooperation and bipartisan solutions—though even that has been fraying in recent years.

Every indication is that President-Elect Biden identifies himself as a moderate and plans to govern from the center or a bit to its left. His cabinet choices so far have been from the deep pool of centrist Democrats, people with expertise and experience. He believes that he can advance his goals through bipartisanship and cooperation, and he’s certainly spent a lifetime in the game and has friends on both sides of the aisle. His political instincts are strong. Democrats’ tenuous hold on both the House and the Senate may help him on this front, giving strength to moderates in both parties who are willing to sit down together in the interests of governing the country effectively.

To be sure, there are plenty of forces working against bipartisanship. Many Democrats will be eager to reverse the policies of the last four years and will argue for jamming through whatever they can accomplish. Many Republicans will see political advantage in either peddling the fake narrative that Biden’s win was illegitimate or reprising the rejectionist stance taken by minority leader Mitch McConnell when Barack Obama became president.

But with Congress’s divisions mirroring the country’s, maybe there’s also room for hope. If a core of legislators of both parties are willing to work with the Biden administration, find common ground, and pass legislation that makes the country better, then perhaps Washington can actually set an example that helps a reeling nation heal.
Lee Hamilton is a Senior Advisor for the Indiana University Center on Representative Government; a Distinguished Scholar at the IU Hamilton Lugar School of Global and International Studies; and a Professor of Practice at the IU O’Neill School of Public and Environmental Affairs. He was a member of the U.S. House of Representatives for 34 years.