The Basics of the Election

It probably feels like the 2020 elections have been going on for years, and in a sense they have. Ever since Donald Trump won the presidency in 2016, the political world has been girding for this moment.

But more Americans than you might expect have only just begun paying attention, now that we’re in the final weeks of the campaigns. So, this seems an opportune time to look at where things stand—including some basic information that might have gotten lost in all the shouting.

For instance, most people know the fundamentals of the presidential election: Trump, the Republican, is running for a second term in office and is facing a stiff challenge from Democratic nominee and former Vice President Joe Biden. There are other candidates out there, like rapper Kanye West and Green Party candidate Howie Hawkins, but neither will be on the ballot in every state, and both are widely considered by political insiders to be spoiler candidates whose presence helps Trump. 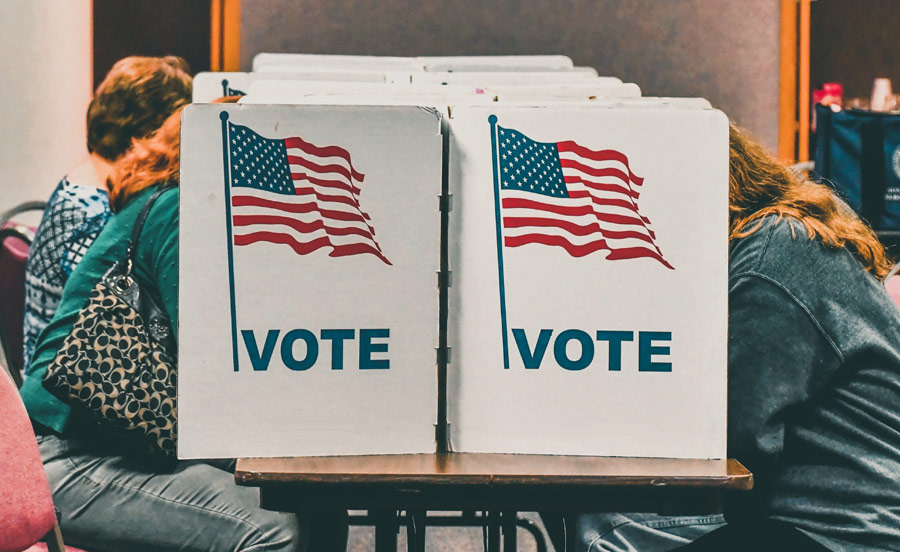 There’s more at stake than just the presidency, however. Congress has been split for the last two years, with Democrats controlling the House of Representatives with 232 seats to the Republicans’ 198 (there are also four vacancies and one Libertarian, former Republican Justin Amash), and the GOP holding the majority in the Senate, 53-45, with two independents who caucus with the Democrats. Although individual House seats may flip, there is little sense that the Democrats are in danger of losing their control of that chamber. The Senate, however, is very much in play. Republicans are defending 23 seats and several of their incumbents are trailing in polls, while Democrats hold just 12 of the seats up for election this year, with only one of them—Doug Jones’ seat in Alabama—in a deep-red state.

It’s also worth remembering that of the 99 legislative chambers in the country (Nebraska’s is unicameral), 86 will be facing elections in November. Republicans control 61 in all, Democrats 37, and there’s a power-sharing arrangement in Alaska. This is an especially consequential year for state legislative contests, because in most states the party in control next year will have a strong hand when it comes to redistricting after Census numbers come in, giving it a chance to cement favorable legislative and congressional districts in place for the next decade.

The people we put in office this election will shape the future of the US for decades.

More than control of the White House and Congress is at stake this year. A lot of Americans consider this election the most consequential of their lifetimes. The US faces unprecedented challenges all at once: widespread natural catastrophes, fueled by climate change; a pandemic whose course remains uncertain; a reeling economy that even before the pandemic had produced widening inequality of both income and opportunity; a reckoning with centuries of entrenched racial inequality and resistance to demographic change; and a real sense not only that US standing in the world has slipped precipitously over the last four years—and especially since the start of the pandemic—but that it’s being outplayed by a rising China and a meddlesome Russia. Beyond that, the recent passing of Justice Ginsburg has moved appointments to the Supreme Court to the top of the agenda.

President Trump has not really laid out a detailed plan for a second term, so in many ways, voters in federal elections will be deciding whether to re-up for another four years of his governing style, with its disapproval of government institutions and norms. Biden has spelled out his plans for the economy, his interest in following the recommendations of the scientific community in the pandemic, and both his sympathy for racial-justice demonstrators and respect for local police when it comes to dealing with crime and looting.

The mix of environmental, economic, health, social, and global strategic issues we face means that the next president, Congress, and array of governors and state legislatures will confront a bewildering and rapid-fire set of problems to be tackled, with a demanding citizenry watching closely. That’s why the stakes are so high: the people we put in office this election will shape the future of the US for decades.