In a Crisis Like Ukraine, Staying in Close Touch Is Key

When Congress returned to Capitol Hill last week after a recess, it faced a changed world from the one that existed when its members left town. Not just because of the Russian invasion of Ukraine, as dramatic as that has been, but because of the response to it.

Before the invasion, Europe was fractured. So, of course, was the United States—and nowhere more so than in Congress. Now? Europe is acting with remarkable unity of purpose, while Congress, if only on Ukraine, is showing levels of bipartisan agreement we don’t get to see very often. It’s impossible to know how long this will last, but it seems a safe bet that these tumultuous few weeks will leave a lasting imprint. 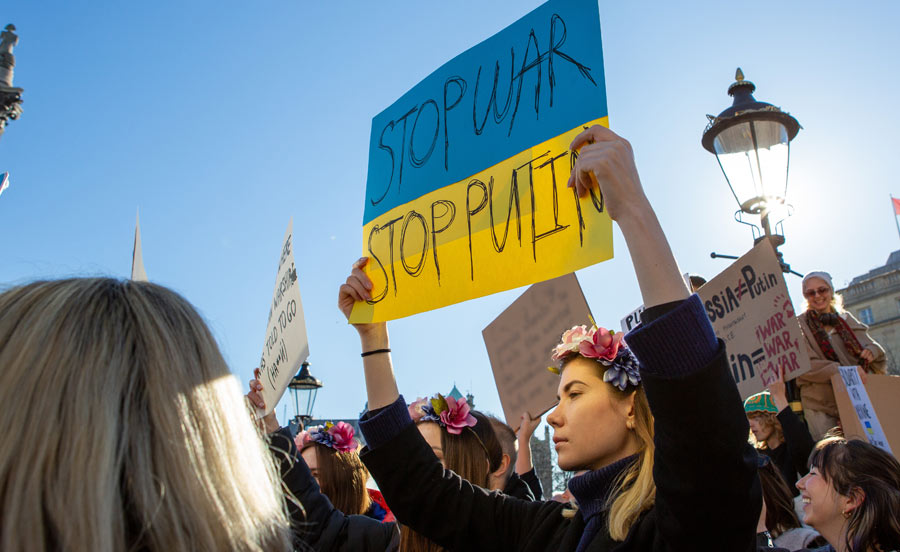 What’s key to remember about Congress is that of all the policy-making bodies in Washington, it’s the one that’s in closest touch with the American people. And many Americans have a visceral reaction to bullies. So, although there was some disagreement from the Right, there’s overall been strong congressional and popular support for the tough stance taken by the Biden administration. Even Mitch McConnell, the GOP leader in the Senate, said, “There’s broad support for the president and what he’s doing now.”

On Capitol Hill, this consensus has shown up as a general bipartisan inclination to let the administration follow the course it’s adopted with diplomacy and economic sanctions, and an eagerness to earmark billions of dollars in aid to Ukraine and to Europe to deal with a looming refugee crisis. Though there’s the usual wrangling over the finer points, there’s no question that both parties agree on the need for a package and profess strong support for speeding it along.

Still, there are two things to keep in mind in the weeks ahead. First, I believe strongly in the separation of powers, and this means that even a president can’t act by himself with no restraint. President Biden needs congressional approval on an aid package, but even beyond that there should be close coordination and cooperation between the White House and the leadership of Congress of both parties, not just the occasional telephone call. Just as the Biden administration proved itself remarkably adept at preparing and then shepherding a unified Western response to the Russian invasion, it needs to consult regularly with congressional leaders on which steps to take and which to avoid.

Second, this is especially true should circumstances somehow bring up the prospect of US military involvement. This is the point at which the American people grow wary, and with good reason. I’ve spent a lot of time in public meetings with ordinary citizens, and have always been struck by how much Americans want to help others and to do good in the world but also draw a cautious line when it comes to committing troops to battle. That’s a helpful quality to their thinking, and I think the leadership of both parties over the decades has learned to pay attention.

In the face of a crisis with global implications like this, you always have to begin with a hard-nosed question: What’s the American national interest? The Biden administration has made it clear that it wants the US to cast its lot with traditional allies. As he put it in his State of the Union speech, “Democracies are rising to the moment, and the world is clearly choosing the side of peace and security.” To ensure that this succeeds will require remaining in step both with national capitals abroad and Capitol Hill at home. When that happens, we’re a formidable force for a better world.