There was an interesting moment in Washington at the end of January, on Antony Blinken’s first full day as secretary of state. Meeting with the press corps that covers the State Department, he called an independent press “a cornerstone of our democracy,” and told the assembled reporters, “You keep the American people and the world informed about what we do here. That’s key to our mission.” 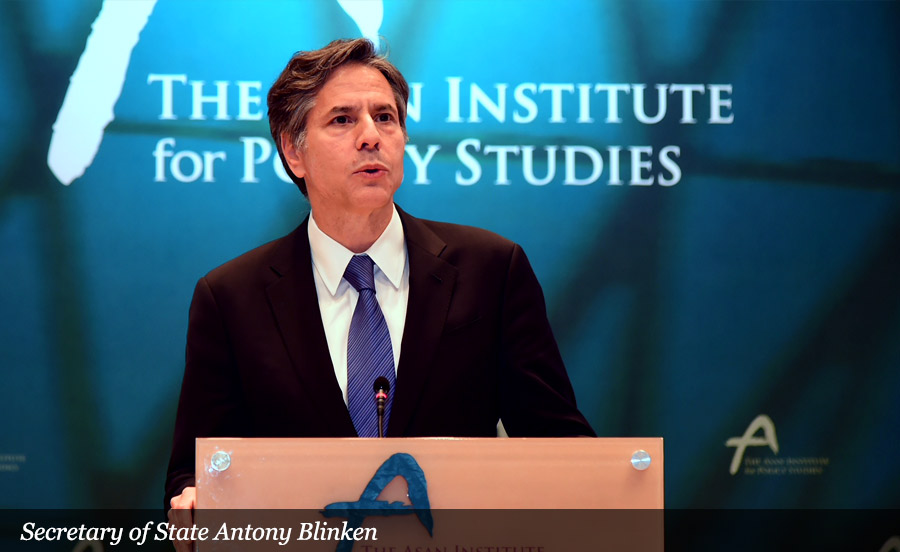 I have no doubt that there will be plenty of tense moments between Blinken and the journalists who cover US foreign policy. But Blinken’s comment—meant to signal a change from the hostile relationship that developed under the previous administration—underscored a key facet of American diplomacy: what happens at home affects our posture and capabilities abroad. Just as important, how we conduct ourselves abroad says a great deal about who we are at home.

One way to think about this is to imagine a foreign policy that puts us at the forefront of curbing human rights abuses around the world or that makes certain that in cases of major natural disasters, the US leads the way in providing disaster relief. These actions send messages about who we are as a nation—and as the American people—that resonate with ordinary people the world over, even if foreign regimes sometimes resent them.

Trying to do good in the world is good foreign policy, and I would argue makes us stronger and safer at home.

Boiled down, we ought not to apologize for trying to do the right thing as a country. If we can be a factor for improvement and a force for good in the world, that will have profound consequences for the way the world looks at us and the way we look at ourselves. Trying to do good in the world is good foreign policy, and I would argue makes us stronger and safer at home.

But you can see the issue. We are only as strong abroad as we are at home. A nation incapable of managing a pandemic response or riven by conspiracy theories and misinformation or unable to nurture its economy in ways that improve the lives of those who are not already wealthy will struggle to project strength and confidence abroad. That is because there is a direct line between the ideals we seek to communicate and our ability to practice them at home. I have never yet heard of “do as I say, not as I do” turning out to be a good strategy.

This is why I believe our struggles at home over basic democratic processes—over the right to vote and the way those votes are counted—leave us weaker abroad. It is hard to take the greatest democracy in the world seriously when many of its elected leaders were willing to seek to overturn the results of a legitimate election, or when state leaders pursue policies aimed at limiting the ability of voters to cast their ballots.

In the end, you cannot separate foreign and domestic policy. They are different aspects of the same world. What you do with respect to one affects the other.

Over the next few years, if we can do the right thing regarding domestic issues, from the environment to ballot access to the economy, it will strengthen our hand in foreign policy, since of course the rest of the world watches us closely. And if we can use our dealings and posture abroad to stand for the best of American ideals—promoting decency, respecting individuals’ rights, settling disputes as often as possible through responsible negotiation, nurturing democracy and the institutions that sustain it—we will undoubtedly reap the benefits at home through strong political and economic relationships, healthy alliances with friendly nations, and a position as a world leader widely seen as deserving the role.