Democracy Takes It On The Chin In Redistricting

Around the country, states have been taking on the task of coming up with new lines for congressional districts. And with about two-thirds of the districts for the next decade mapped out, a recent New York Times analysis found something discouraging. The people drawing redistricting maps, wrote Reid J. Epstein and Nick Corasaniti, “are on pace to draw fewer than 40 seats—out of 435—that are considered competitive based on the 2020 presidential election results.”

To be sure, it’s not like we used to live in a political paradise of competitive districts, where each voter could believe that he or she might make a difference: Even in the best of times, the bulk of House districts leaned toward one party or another. Politicians always want a district drawn for them that gives them the advantage, and over many decades both parties have amassed great expertise at creating districts whose voters suit them. 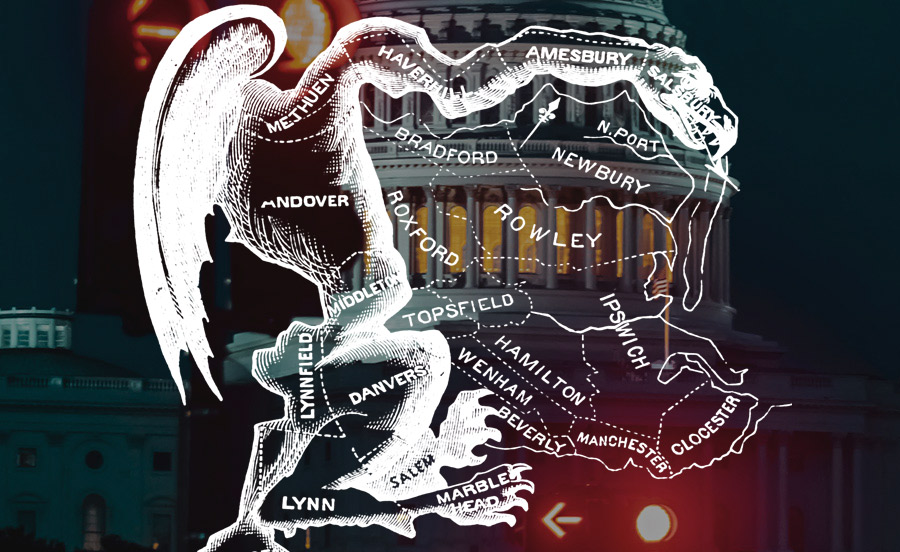 Still, a decade ago there were 73 competitive districts, which was hardly ideal but was certainly better than what we’re facing now. As one former Republican member of Congress tells Epstein and Corasaniti, the parties are “taking the voters out of the equation. November becomes a constitutional formality.”

Why does this matter? To make things simple, let’s look at a current example: New Hampshire, which has just two congressional seats. At the moment, they’re both held by Democrats. But that is likely to change after this year, since the GOP-led state legislature has redrawn one of them to pack in more Republicans. Though the plan’s backers argue they’re just leveling the playing field, in fact that district swung between the parties in four consecutive elections not that long ago. The new map creates “a Blue Hampshire seat and a Red Hampshire seat,” a prominent political scientist said when it first came out.

Maybe that seems okay for a swing state. But if you’re a Democrat in the Republican seat or a Republican in the Democratic seat, you can see the problem: It feels like your vote doesn’t matter. In fact, it feels like the only election that does matter is the primary.

There’s no way to soft-pedal it: This dynamic is harmful to our system. For starters, it’s one of the big drivers of our hyper-partisan politics. If the only voters who really matter are a party’s true believers, then they’re the ones a politician will appeal to, avoiding any positions that might smack of moderation or compromise. And that, in turn, leads to gridlock in closely divided legislative bodies and no-holds-barred legislating where one party has a clear advantage. Neither produces thoughtful policy that can stand the test of time, and both stoke cynicism in the electorate.

Representative democracy depends, above all, on the willingness of ordinary people to believe that the system has integrity and that they have a stake in what happens. Congressional and legislative districts that are clearly drawn to favor a single political party at the expense of seeking actual voter input deny all of this: Many voters are under no illusions about whose nest is being feathered and consider their own participation meaningless.

I recognize that attempts to foster the impartial—or, at least, bipartisan—drawing of congressional district lines have not always been perfect. But this does not mean we shouldn’t try. Representative democracy is one of humanity’s greatest inventions. To work properly, however, it needs an underlying integrity and impartiality that reassure participants the rules are fair and the results aren’t rigged. Once we violate that basic understanding, the system falters.

At the moment, it’s not entirely clear which party will benefit most from this year’s pitched redistricting battles. The GOP has scored victories in plenty of states, but the Democrats have done their best to counter in two district-rich states, California and New York. For political partisans, this is all well and good. But for people who care about the legitimacy of our representative democracy, we already know who the loser is going to be: all of us.