Can We Find Our Way to the Common Good?

I still remember a question I got years ago. It was at a public meeting in southern Indiana, in one of those squat, featureless cinder-block buildings you find all across the country. This young woman stood up and commented that I’d traveled throughout the US and had met all kinds of people. So she wanted to know: What was my impression of Americans? I didn’t even hesitate: The American people are fundamentally decent, I told her.

I still believe this. And when I say it, I’m not talking about a bare majority. Most Americans are good people. 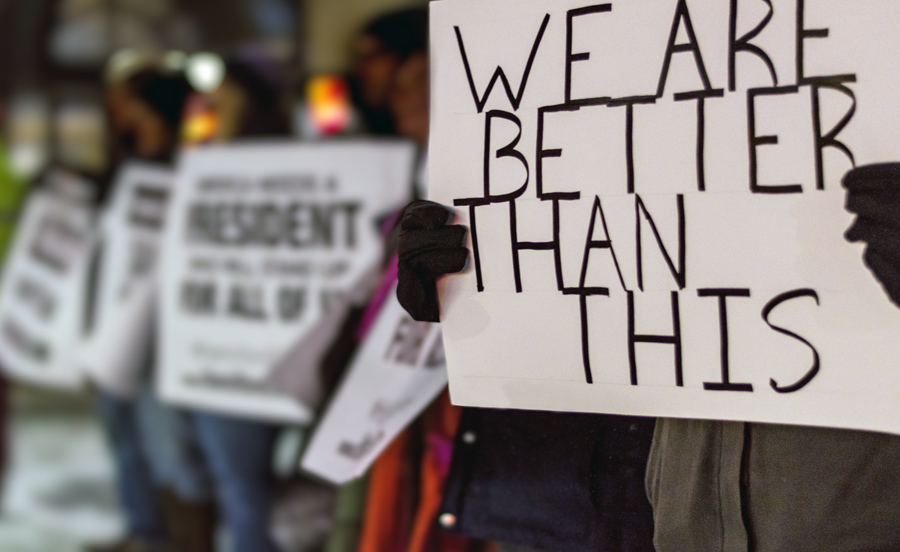 Why even mention this? Because at the moment, we live in a country where a lot of Americans don’t believe it. They think fellow citizens who belong to a different political party are at best misguided and at worst, evil. We have public officials—who want nothing more than to do a good job and stick by the laws—resigning because they’re tired of the threats to themselves and their families. Civic-minded Americans who believe in the institutions of democracy are steering clear of volunteering because they’re afraid of the anger and physical danger they may face.

I don’t think this happened by accident. There are major, powerful forces working to divide us. Some are pernicious, others are just looking to make themselves more powerful. Media companies and political commentators find that they can make money—a lot of money—by putting out divisive information. Politicians have discovered that they can benefit politically by appealing to their base and treating the other side as the enemy. Countries such as Russia and China spend enormous time and money sowing seeds of division in our country so they can make our system of democracy look bad and weaken us as a country.

There’s an antidote for this, but it’s not going to be easy: All of us, ordinary citizens and politicians alike, have to restore in our lives a belief in the importance of the common good—to ask ourselves not what’s good for any one of us, or for our party or business or people who look like us, but what’s good for the country as a whole, in all its complexity and diversity.

I know what you’re going to say: Especially today, there isn’t any single definition of “the common good,” so how can we possibly agree on one? And here’s my response: We live in a country that was designed to allow us to debate the question and to find common ground so we could move forward. In a sense, the common good in America is the opportunity to define the common good. Together.

That’s why the threats of violence and extreme behavior we’re seeing these days are so un-American. Our institutions evolved over centuries to allow us to settle political questions, overcome divisions, and compromise in the interest of progress. When elections officials can’t do their jobs—or when ordinary citizens are afraid to step forward—then our mechanisms for agreeing on the common good break.

Yet there is plenty of agreement to be found. Let’s go back to that question at the beginning. Americans, no matter our political stripe, take a good deal of inspiration from the best ideals of the founding fathers. Most support the enduring values of the country, like striving for a more perfect union and pushing to correct things they think are wrong. They want to be good citizens, useful to their communities. They work hard and though they make mistakes, they’re also very serious about improving on the status quo and correcting those mistakes. And when they set their minds to doing something good in the way of change, they’ll keep working at it until they get there.