Bipartisanship Isn’t Dead, But It’s Not In Good Health, Either

Having just watched a Supreme Court nominee supported by a comfortable majority of Americans draw just three Republican votes in the Senate, you could be forgiven for thinking bipartisanship in Congress is a thing of the past. And in the case of Supreme Court nominees, you’d be right: The last time a nominee got over half the votes of the opposition party was in 2005, and you have to go back nearly three decades—to Ruth Bader Ginsburg in 1993—to find one who drew votes from almost all senators.

But if you look carefully, there are plenty of signs that bipartisanship is still possible in Washington. President Biden recently signed into law a bill reforming the Postal Service, which drew strong support from both parties in Congress. The same happened with a measure that keeps companies and universities from shielding themselves against lawsuits for sexual harassment. And both houses have passed a package aimed at boosting American competitiveness, again with support in both parties. 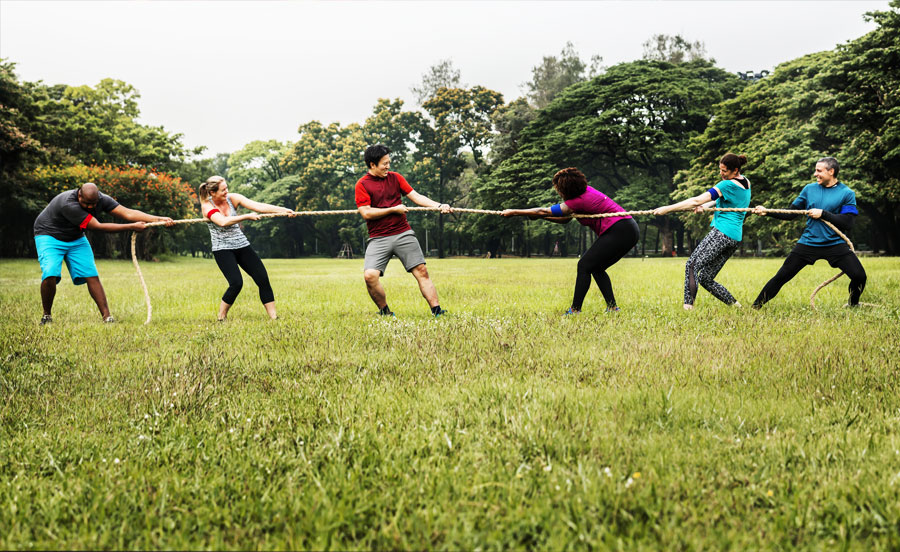 There are other examples, as well, but you’ll notice something about them: They’re not focused on hot-button issues like voting rights or gun control or immigration. This is in no small part because in the Senate, a measure effectively needs 60 votes to pass—which means neither party can get bills approved without members of the other party.

This is often intensely frustrating to partisans of whichever party is in power. Yet I’d argue it’s not a bad thing. In fact, the need for bipartisanship is pretty much baked into our system.

We live in a time when political life is intensely polarized and many Americans live in what amount to partisan bubbles of like-minded neighbors. For many people, this is just fine—they’re okay with avoiding contact with people who have different views. And ambitious politicians, always looking for an edge, have figured out how to navigate division: They use polarization to raise money from one group of potential supporters by attacking another group, and then goose election turnout by riling up their base.

There are some state legislatures where party-line lawmaking can produce actual laws—witness the wave of strict anti-abortion and anti-voting-rights measures passed last year and on the docket this year. But at the national level, intense polarization yields legislative deadlock. And at both the federal and state levels, it produces laws with dubious futures.

The reason for this is that by requiring lawmakers to compromise and work with their political adversaries, bipartisanship often produces better, longer-lasting legislation. It helps ensure that a proposed law will take into account a broad range of views, produces wider acceptance both within a legislative body and in the public at large, and perhaps most important, means that the legislation has a chance of surviving the next change in power. Which, inevitably in our system, will occur.

Politicians recognize this, of course. It’s not just that most Americans prefer to see bipartisanship. The reason you see politicians talking about finding bipartisan support and, less frequently but still often enough, working hard to secure it, is that they know that getting support from members of the other party is usually necessary not only to get something passed, but to have it be implemented effectively.

To put it simply, if you’re just interested in scoring points with the base, then bipartisanship doesn’t matter. If you want to have a beneficial and lasting impact on American life, it matters a great deal.

It may be tempting these days to throw up one’s hands in despair at the displays of highly partisan behavior in Washington and all around us at home in our states. But as a voter, there’s something you can do about it. Notice all the instances in which lawmakers work across the aisle to secure some piece of legislation. Pay attention to who does the heavy lifting to make it possible, and who stands in the way. Then support the people who recognize that bipartisanship is the route to effective legislating.